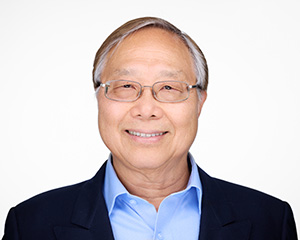 Dr. William Chan is the original founder of our practice. Although he is now retired, Dr. Chan’s legacy of exceptional dental care lives on here at Cumberland Dental Specialists, and our team is proud to continue his mission of providing the best possible experience for all of our wonderful patients.

After graduating from Woonsocket High School, Dr. Chan attended the University of Rhode Island, majoring in Zoology. During college, Dr. Chan discovered his interest in dentistry, and his family dentist urged him to pursue his passion.

I can’t say enough great things about this practice! I called, desperate, as my daughter was in pain from a tooth she was supposed to see her normal dentist for and they cancelled on us a few hours before. The receptionist here gave us a same day appointment even though we had never been. I was terrified, as was my daughter, because her last few visits at the old dentist were NOT good! The Doctor pulled her tooth the same visit and she never shed a tear. He had patience with her (and me) and took the time to comfort us through the appointment. Needless to say, I switched to this office on the spot. My daughter went from being fearful to having no trouble at all thanks to the Doctor and staff here!!

Dr. Chan graduated in three years from Tufts University School of Dental Medicine, in 1975. After graduation, he was awarded a National Institutes of Health (NIH) research fellowship at the Massachusetts General Hospital: Department of Anesthesia to study the efficacy of acupuncture in anesthesia.

In 1978 he was instrumental in planning and implementing the South Cove Community Health Center Dental Clinic in Boston’s Chinatown, and he was also one of the organization’s founding dentists serving the Chinese community.

In 1982 Dr. Chan realized his love of children and decided to pursue further training in pediatric dentistry at Tufts School of Dental Medicine. Following his graduation, he decided to move closer to his family and set up the dental practice, which stands before you today.

For over 30 years, Dr. Chan has served his community in Rhode Island by teaching Tufts University pediatric dental residents as an assistant clinical professor. He has also continued to serve the Boston Chinatown community with a small pediatric dentistry practice on Washington Street. In 2013 he proudly accepted his son, Dr. Ben—a graduate of Tufts School of Dental Medicine (2010) and of the Orthodontics and Dentofacial Orthopedics department (2013)—into the Cumberland office.

The recipient of numerous accolades, Dr. Chan was voted a Top Doc by his peers from 2009 to 2015 in Rhode Island Monthly Magazine. He received the prestigious appointment to the Board of Advisors at Tufts School of Dental Medicine. Additionally, Dr. Chan is a member of American Dental Association, the American Academy of Pediatric Dentistry, and the Rhode Island Dental Society.

Dr. Chan enjoys spending time with his family, playing tennis, and traveling. He is also a fantastic cook and helps out in the family restaurant, Chan’s Fine Oriental Dining, in Woonsocket.